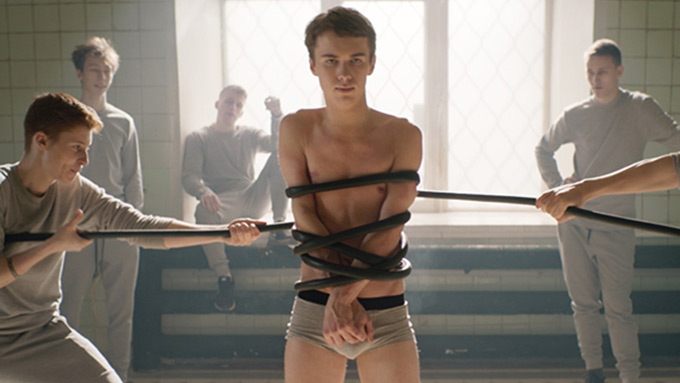 The upcoming edition of the Karlovy Vary International Film Festival is readying Radu Jude’s exploration of nationality and a nation coming to terms with its history, I Do Not Care if We Go Down in History as Barbarians [+], for a world premiere, alongside Ana Katz’s comedy Sueño Florianópolis [+], Sébastien Pilote’s look at male-female relationships in The Fireflies Are Gone, Peter Brunner’s Austro-American drama To the Night [+], Ivan I Tverdovsky’s Jumpman [+] and Joseph Madmony’s drama Redemption [+].

(The article continues below - Commercial information)

The official selection will also introduce the domestic social horror Domestique [+] by Adam Sedlák, Ömür Atay’s feature debut, Brothers [+], made as a Turkish, German and Bulgarian co-production and grappling with the dilemma of “how difficult it is to choose between blood ties and tradition on one hand, and what is morally right on the other”, Slovenian-born, Prague-based filmmaker Olmo Omerzu’s coming-of-age road movie Winter Flies [+] and Sonja Prosenc’s psychological drama History of Love [+].

The East of the West competition is dominated by female filmmakers, who have helmed seven out of the 12 films, including Ewa Bukowska’s psychological drama based on the autobiographical novel by Grażyna Jagielska, 53 Wars [+]; an in-depth look at contemporary Iran by Nima Eghlima, Amir; a Czech-Slovak co-production by debuting Czech filmmaker Beata Parkanová, Moments [+], capturing the “pitfalls of life both in and outside a family unit”; the opening film, Crystal Swan [+] by Darya Zhuk, set in 1997 post-Soviet Minsk and following a girl’s dream of earning a living as a DJ in the USA; and a psychological drama tackling the position of women in a patriarchal society, Pause [+] by Tonia Mishiali.

Vitaly Mansky’s exploration of Vladimir Putin’s rise to, and time in, power, the documentary Putin’s Witnesses [+], will have its world premiere in the documentary competition, along with Daniel Zimmermann’s documentary Walden [+], comprising 13 360-degree panning shots, Guillaume Brac’s Treasure Island [+], “peeking into the mindset of the visitors and employees of an extensive park because they lack the means for a more exotic vacation”, and the lyrical portrait The Swing by Cyril Aris.

Andrew Bujalski’s portrait of the American middle class, Support the Girls, will be screened as a European premiere in the official selection – out of competition, together with the Japanese crime-drama My Friend “A” by Takahisa Zeze and Ben Tuček’s sci-fi comedy Mars [+].

The 53rd edition of the Karlovy Vary International Film Festival will run from 29 June-7 July 2018.